Signs That He Is The Right Man For You 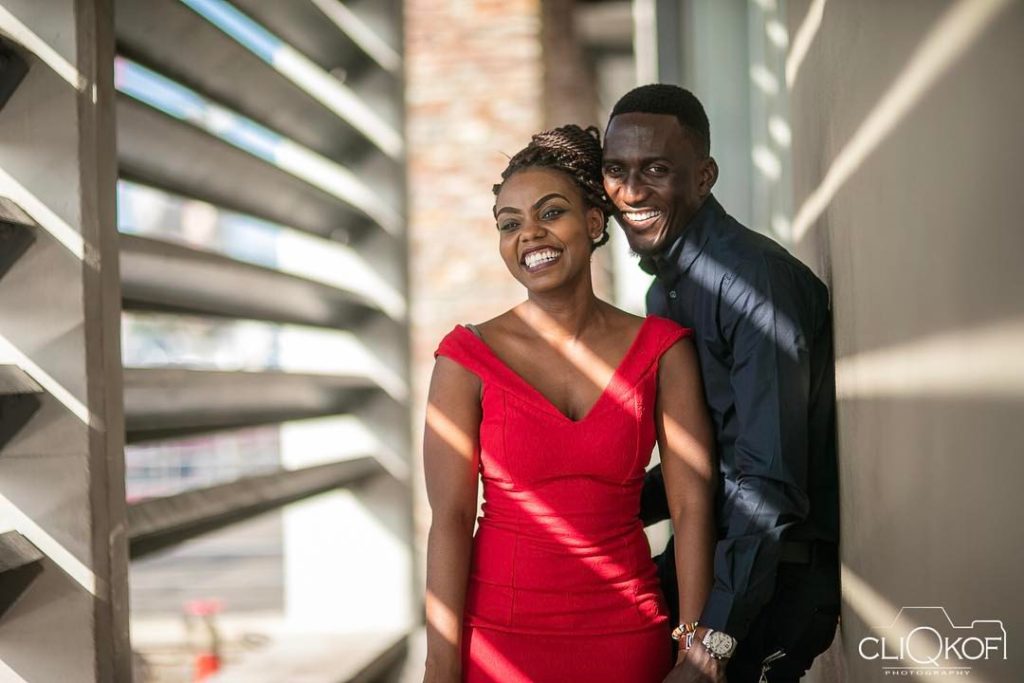 There is a big difference between wants and needs when it comes to relationships, but it’s not always easy to make the distinction. You might think you need a guy who is tall and strapping and charismatic and a CEO of a major company, but a guy with those credentials might have a host of other qualities that wouldn’t be good for you, that wouldn’t fulfill your fundamental emotional needs. My husband is the opposite of the “ideal man” I had envisioned for myself and even though he doesn’t have certain qualities that I used to consider requirements, he is exactly what I need and that was clear to me, and everyone around me, very early into our relationship. When I hit that stage in life where I realized I was done dating for the sake of dating and wanted to settle down and find “the one,” I realized that the kinds of guys I liked to date weren’t necessarily husband material and I had to really examine my list of wants and needs, and figure out the differences between the two. Doing so made all the difference. Whether you’re single, dating, or in a serious relationships, there are a number of qualities you need to look out for in a man:

1. He loves your good qualities, and accepts and embraces the bad without making you feel guilty for having flaws.

You don’t need to hide your true self from him and put on a front in order to be what you think he wants. You can share your true self and be vulnerable and feel safe doing so, knowing that if anything, it will make him feel even closer to you.

2. He is there for you when you need him, even if it’s inconvenient for him.

A partnership will sometimes require sacrifice and compromise. Life is unpredictable and unexpected. You can’t predict what will happen and nothing can possibly go as planned 100% of the time. A guy who is husband-material will be there for you when you need him, he will be in it with you, he will be your partner in whatever happens and will weather the storm with you, even though he might prefer to stay in the sunshine.

3. Considers you when making decisions, both big and small

A relationship is a partnership, not a dictatorship. Factoring you in shows that he respects you, that he wants to create a life with you, not simply envelope you in his world. Our worlds can be comfortable, it’s not always easy taking someone else into account, factoring in their wants and needs and preferences, but that’s what a relationship is.

No one is perfect, we all have flaws. And these flaws aren’t black and white- usually a person’s greatest strength is a hint to their greatest weakness. In a relationship, his behavior affects you (and vice versa) and sometimes his less developed traits will have a negative impact on you. A growth oriented guy will want to strengthen his character and work on it. A guy who isn’t growth oriented will say your problem and this is the way he is and you need to deal with it. For example, let’s say you’re dating a guy who can be insensitive at times. Maybe he doesn’t give you emotional support when you’ve had a rough day and instead just gives you matter of fact advice in a direct way. His no nonsense approach to solving problems might be useful to him in the workplace, but it might be hurtful to you sometimes when he doesn’t empathize with what you’re going through and instead just tells you what to do about it, or gets impatient by the fact that you’re upset over something he doesn’t consider to be that big of a deal. You want a guy who will accept that his tone can be harsh and hurtful and who actually tries to work on it, not one who says it’s your problem and you need to deal with it. He probably won’t get it right every time, but if he’s growth oriented he will at least try.

This one seems so obvious yet it’s so often overlooked. If he is going to be your life partner, you have to make sure you both are on the same page when it comes to issues that matter. And if you aren’t on the same page, then make sure he respects where you stand (and vice versa) and that you both are willing to work together to reach a mutually fulfilling middle ground. This can refer to religion, core values, lifestyle preferences, where you want to live, whether you want to have children.

6. He views you as his partner

The relationship is something more than just you and him… together, you and him are a team. And as that team, you are both individually stronger than you could be on your own. He sees you as his equal, as someone of great value who he can grow with, not someone who is there to feed his ego, give him validation, be his emotional crutch, be there to satisfy his needs. He respects everything about you- your thoughts, ambitions, opinions, the things you say, the company you keep, your job. He doesn’t make you feel bad about your life circumstances and he appreciates the person you are and the choices you have made.

7. He is willing to put effort into the relationship

If there is a problem, he wants to find a way to solve it, he wants to work harder, to be better, to be his best self. The important thing to keep in mind is that people have different ideas of what it means to put effort into a relationship. He might believe that working hard and being good at his job is putting in effort because he wants to provide for you and give you nice things and a comfortable lifestyle (I use this as an example because it’s a classic point of contention between men and women because she will often view him working too much as him putting no effort into the relationship and being married to his work).

8. You’re able to communicate with each other, even about tough issues and even if one person is upset with the other.

With the right guy, you won’t be afraid of brining up certain things for fear of rocking the boat. You know he respects you and will see what you have to say as valid and important. Every relationship will face its share of obstacles. There will be fights, miscommunications, arguments, and also times when one partner isn’t feeling loved. The only way to emerge from the tough times better and stronger is to work through them together and this starts with open communication.

You feel safe being open and honest with him and are not afraid of him violating that trust or using anything against you. You trust that he won’t leave you unexpectedly, that he is genuine, that he does mean what he says. You don’t feel an underlying sense of suspicion, like he has some ulterior motives. You trust that he cares about you deeply and would never intentionally hurt you.

Ahh, it seems so obvious but yet, it’s not. A guy can have all the qualities on this list but if he doesn’t want to marry you, or maybe doesn’t want to get married in general, then he is not your husband. When a guy is ready to get married and meet a girl he thinks he can spend his life with, he knows pretty early on. That’s not to say they get engaged right away, but he knows this is it and she knows it too, maybe he tells her or maybe it’s just so obvious and he doesn’t even need to. It might be the wrong time, maybe he wants to wait until he’s more established in his career, more financially stable, but he will still convey his level of commitment, she won’t be left hanging and guessing and wondering.

Got another husband quality to share? Tell us in your comments! 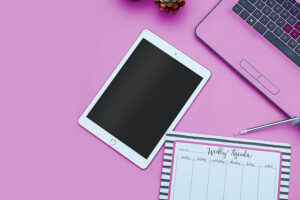 How to Plan a Wedding in 12 Months [Wedding Timeline]

You’ve announced your engagement and you’re ready to start planning your big day…hooray! But where exactly should you start? If you’re feeling at a loss 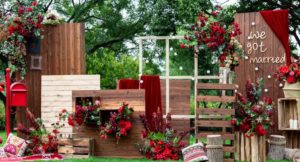 With so much wedding inspirations out there on Pinterest and Instagram, how do you actually narrow down a personal wedding style that is entirely authentic 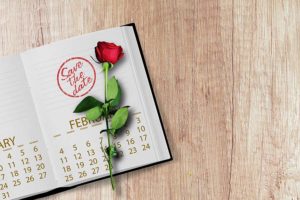 Choosing a wedding date is one of the most important planning decisions that you’ll have to make as a couple — it will impact every other aspect of your big day. 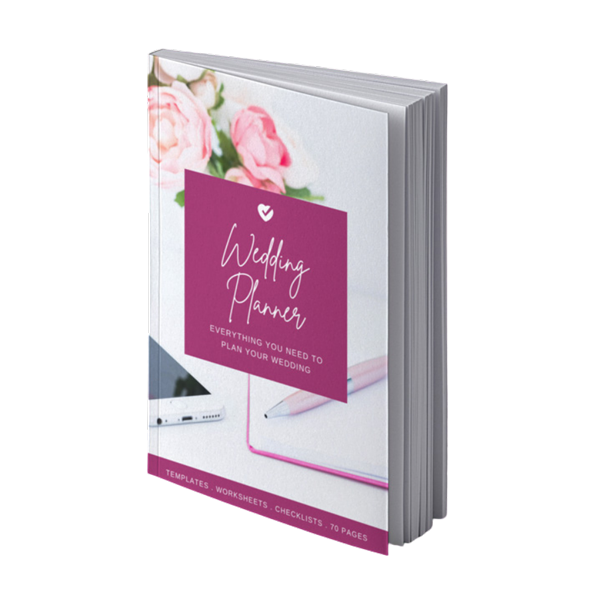 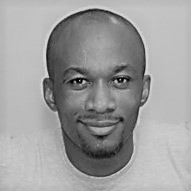 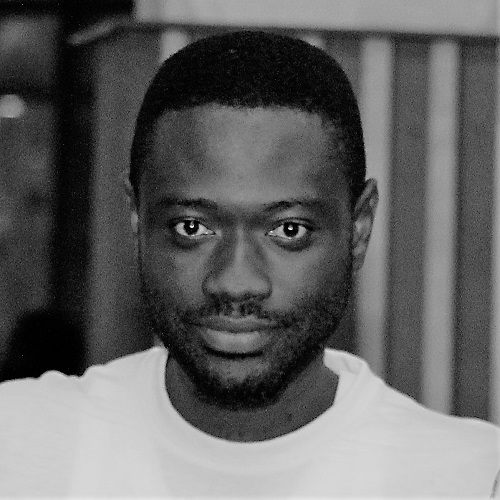